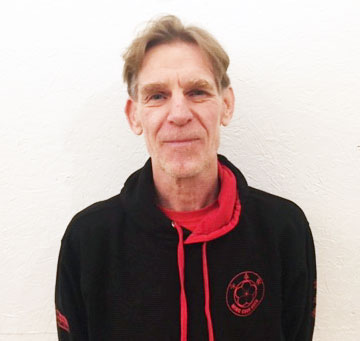 Steve first become interested in martial arts as a teenager at the height of the Bruce Lee craze and studied Feng Shou Kung Fu under Master Chee Soo. On moving to Brighton to attend university he was unable to find any Kung Fu schools in the area teaching so called soft styles.

In the early eighties Steve first discovered Wing Chun when a friend asked him to join him at a class in Brighton started by Master ( now Grand Master ) Kevin Liu,  thus an obsession for Wing Chun was born.

After being involved in a car accident while working in Thailand Steve was advised by doctors to stop martial arts training and for some years avoided any serious training, just training sporadically in Tai Chi and Chi Kung.

In 2004 Steve's son, then aged 12 years, pressured him to resume training a martial art and, after much searching eventually both began training in Nam Pai Chuan, a Shaolin based system from Malaysia under Sifu Matthew Gross at Sussex University.

Realising that the doctors may have been playing it safe Steve immediately sought out a Wing Chun class, and resumed Wing Chun training under Sifu John Woolgar and Sifu Pete Woolgar ( this was the Leung Ting WT lineage ). 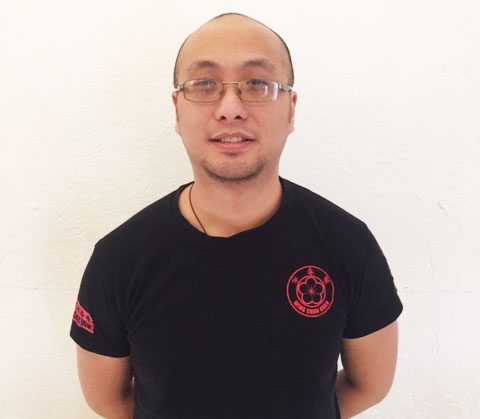 My journey started in 2012 when I started learning Wing Chun from my two Sifu's, Steve Poskitt and Chris Connah. Before that, I had learned Taekwondo as a child and spent some time learning Pak Mei.

What started as something to do as a side activity has now become ingrained into my life. The first 3 years or so I was learning the Wing Chun system from my Sifu however I was offered the chance by my Sifu to train with Sifu Wes Hussey (my Si Gung) and then through Si Gung, the rest of his WCKUK students (my Si Baks and Si Suks).

From that moment I have found my knowledge in Wing Chun expand at an amazing pace. Training with such a variety of skilled Wing Chun practitioners has really developed my own understanding and application of Wing Chun to a point where I have the great honour of being invited into the teaching fold.